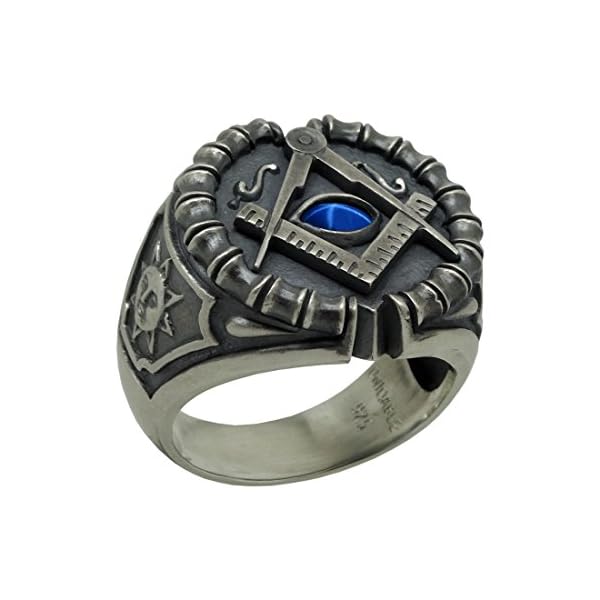 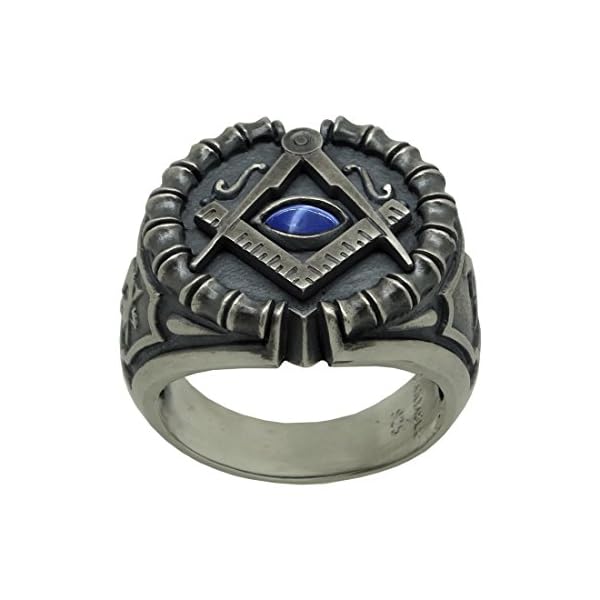 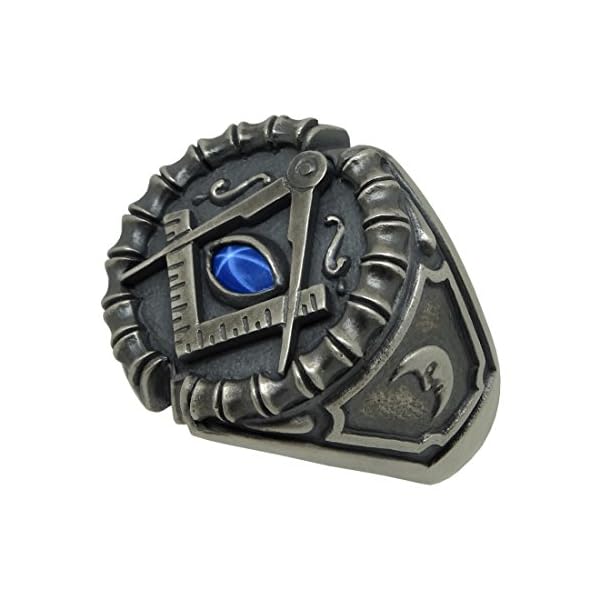 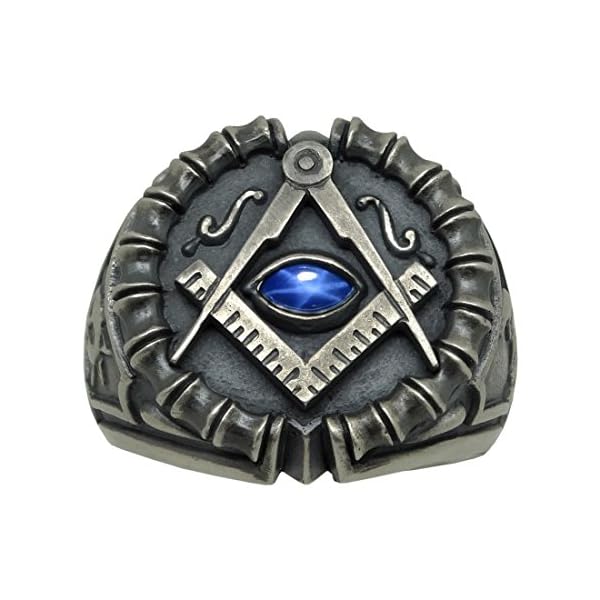 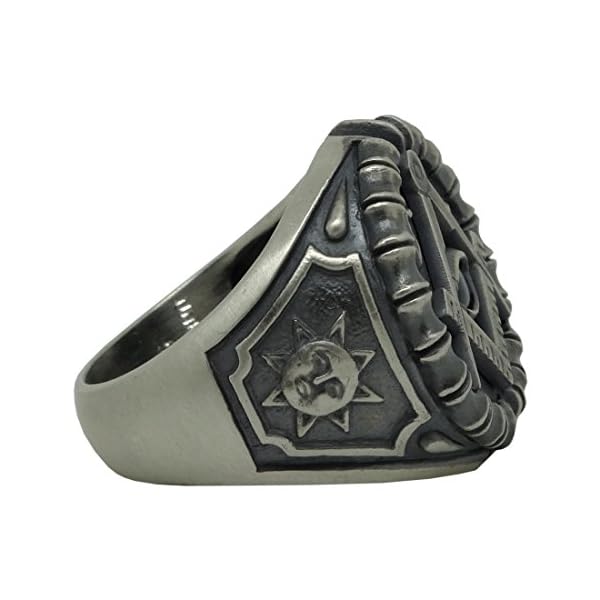 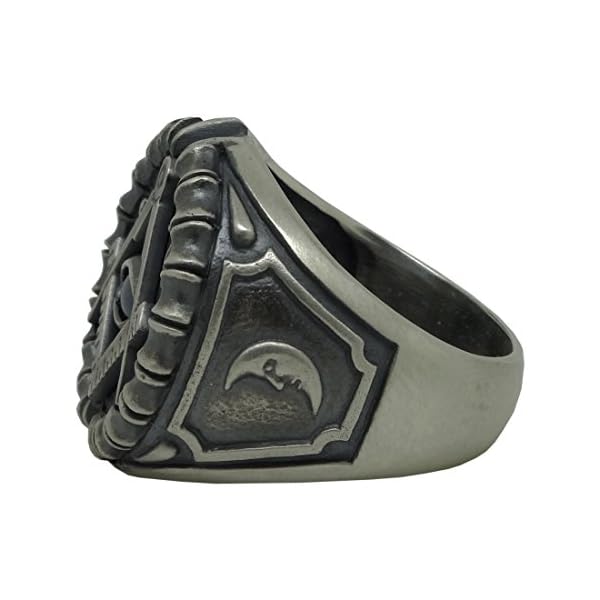 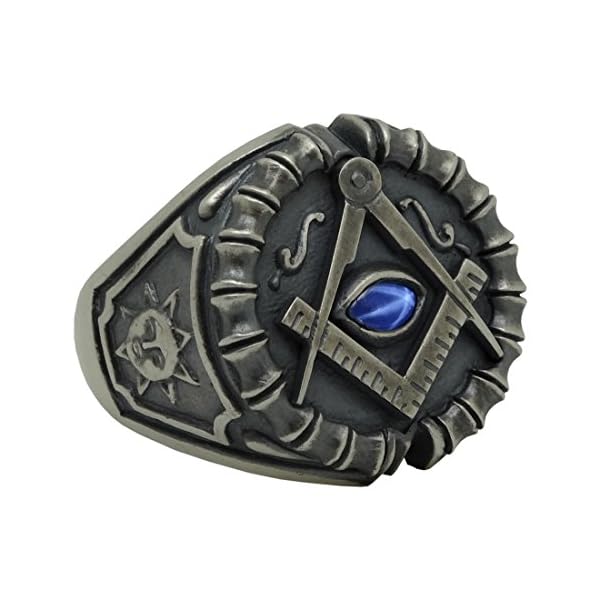 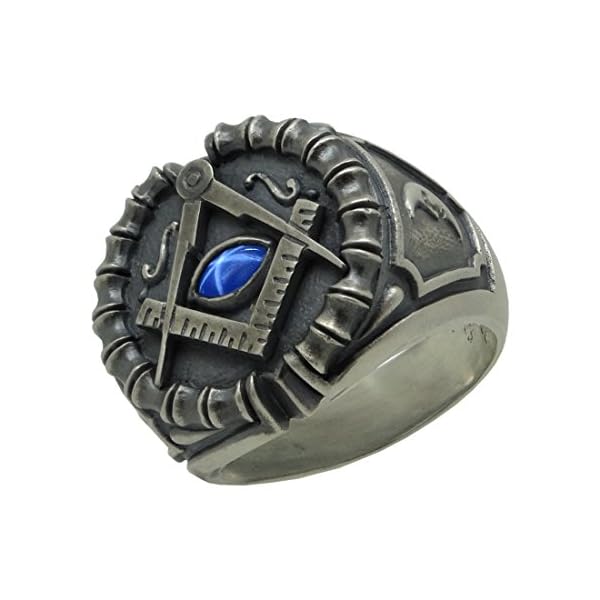 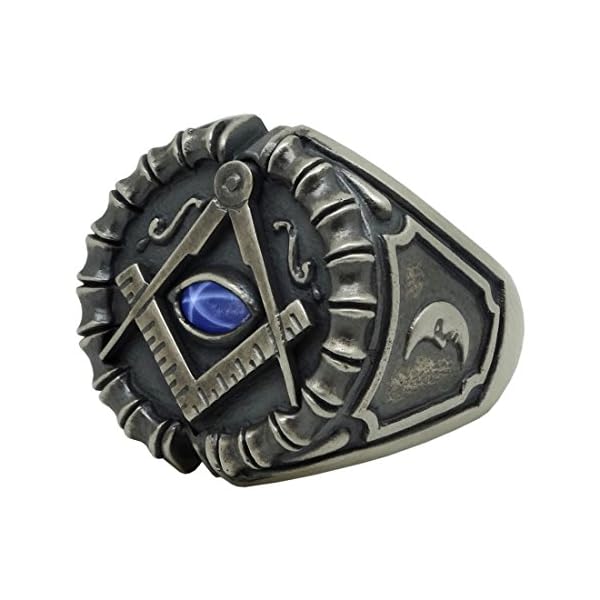 Sterling silver all seeing eye style men’s ring. There is a very detailed and an intricately designed frame which makes the ring an extremely rare and attractive piece. Top of ring features one very identifiable symbol, square and compass which joined together is the single most meaningful symbol of the Freemasonry. The symbol is often depicted with the “all seeing eye” in the center made from natural blue star sapphire gem also called the Eye of Providence or the all-seeing eye of God, sometimes interpreted as representing the eye of God watching over humankind. On each side of it there are “the sun” and “the moon” they symbolize “day and night” which cause the opposites and it shows the balance between them. The sun and moon are also to remind the officers of the lodge to govern the lodge with regularity. Star sapphire is very rare variety of sapphire that exhibits a rare asterism under specific lighting.When viewing star sapphire, a six-rayed star will appear to float across the surface of the stone.The effect is best viewed under a direct light source and while tilting and rotating the stone from different angles. Star sapphires contain unusual tiny needle-like inclusions of rutile.Aligned needles that intersect each other at varying angles produce the rare phenomenon known as asterism.Star sapphires can range in color from blue in various tones to pink, orange, yellow, green, lavender, gray or black.The most desirable color is a vivid, intense blue. Most star sapphire exhibits a white star. The pictures of this ring are taken under a direct light source. Without a direct light source on the star sapphires you wont see the effect of stars.
Masonic, all Seeing Eye sterling silver men’s ring
Original unique design with beautiful details and amazing art work
Rare piece, top quality, best craftsmanship, handmade
Excellent new condition, heavy, stamped 925
Natural Blue Star Sapphire gem, 6 x 4 mm, 0.70 Carat, oval cabochon from Sri Lanka