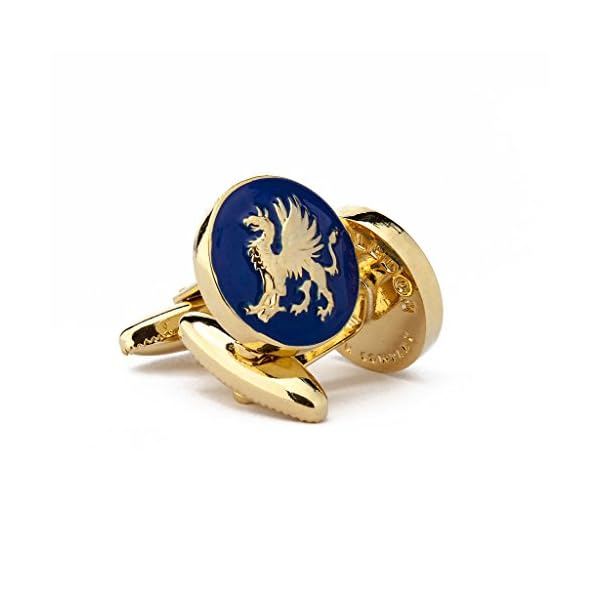 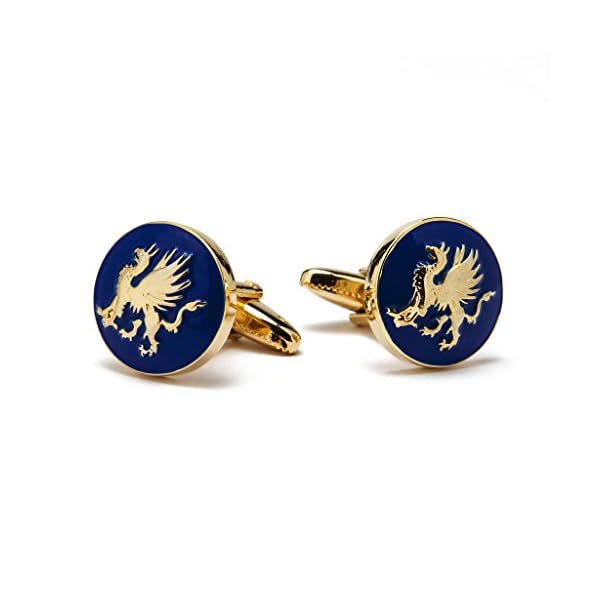 • A magnificent mythological creature with an eagle’s head and wings joined to the body of a lion, vividly depicted in gold-tone on deep blue With references to it dating as far back as 3000 BC in Ancient Egypt, the Griffin’s origins are obscure but its mythological presence is vivid. Because of its eagle eyes and lion’s torso, the Griffin has piercingly clear vision and immense physical strength. With these attributes, it has traditionally come to be seen as a guardian of hidden treasure. It is associated with the Holy Grail as well as guarding tombs and the Tree of Life itself. Though mythological, the Griffin retains its authority as classical symbol of integrity.
Colour: Blue and gold-tone
Measurement 17mm
Material Brass